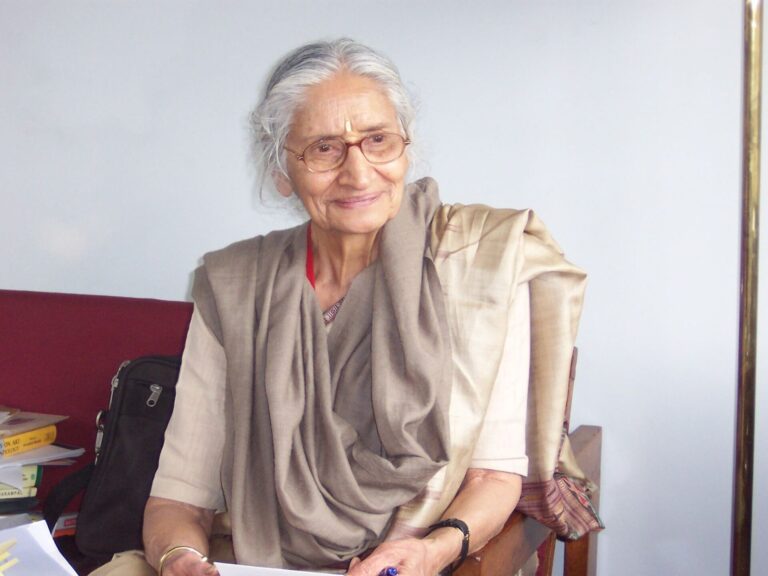 On the face of it, Kapila Vatsyayan’s statement may read parochial. Wait. Sudden conclusions could be wrong, given her universal vision about culture. Ah, yes: she was only throwing light at the risk of the arts suffering a value erosion when mere imitators begin to have their say.

Only in that context, Vatysayan sounds a note of caution about free spread of the arts to places farther from the traditional nerve-centres. For easy comprehension, the writer takes a leaf from the world of languages. The style and structure of spoken words may, on their travel to distant shores, acquire a different flavour over decades or centuries. The resultant liberties can contort the language if it goes into the hands of poetasters.

Fair enough. Clear. All what Dr Vatsyayan meant is an art or language can keep spreading across landmasses, but they should find possession in sound minds. One shouldn’t ignore the potential tragedy of an art-form transplanted in a milieu different from its original ecosystem.

Well into the start of that 1972 article, Kapila Vatsyayan notes that the use of a language by a larger number of people across geographies at different levels bears the danger of its abuse. Applying the observation in the field of performing arts, she expresses anxiety over their possible absence of the essential ethos. This is when, say, a classical dance slips to merely “fashionable”, leading to a further decline in its training standards.

In the write-up titled ‘Common Errors in Dance’, the author goes on to specify certain corruptions that have crept into Indian forms such as Bharatanatyam, Odissi, Manipuri and Kathak. In the classrooms, and hence on the stage. The twin phenomenon, she notes, stems from reasons beyond sociocultural. Implicitly, they are a result of lax gurus.

Here, Dr Vatsyayan highlights an example from an ancient Dravidian dance. And tacitly likens its practice system with, say, the age-old Hindustani music that has roots in the upper regions of the subcontinent. Just as Dhrupad or Khayal have their masters insisting the disciple to practise on getting the swara right and in a sustained way, “a Bharatanatyam dancer went through at least two years of rigorous training in the adavus”, she points out, referring to the basic steps that tend to frame postures, stance, movements and gestures.

Even while making a deep analysis of the traditional ways and their disturbing deviations, Dr Vatsyayan strings several dances into just one sentence to emerge with an overarching opinion. It goes thus: A careful watch of the manner of execution of any of the jatis, the tirmanas of Bharatanatyam, the tukras and the paranas of Kathak, the various parengs of Manipuri and the arasa of Odiss besides the kalasams of Kathakali will convince an observer of the great power of expression of the feet by controlling weight and mass and the quality of the foot-contact.

Thus, in dance, the human body is an instrument that becomes “impersonal and abstract”, according to Dr Vatsyayan. “The instrument can prove faulty by a habitual misuse of it through wrong practice or lack of vigilance,” she notes, again referring to music: “…although a composition can certainly be played through an instrument which has not been properly tuned, the particular raga becomes meaningless.” Similarly, “…in dance, the most wonderful of compositions can become mushy without the proverbial angashuddham,” he adds, highlighting the need of the purity in body kinetics and clarity in space consumption.

All these for what? To check the prospect of the classical forms slipping to the status of nauch dances, which insightful and innovative minds had managed to retrieve in a nascent India after Independence.

The musings are, in a way, a cue from another article by Kapila Vatsyayan from 1958. The Indian dancer comprehends movements almost on the same basis as the region’s sculptor, she tells a seminar organised by the Sangeet Natak Akademi. This property is besides the dance’s capacity to bring together the fundamental products of literary creation, she notes in ‘Sculpture and Dancing’ that the government-run cultural institution published in 2013 as part of a compilation with scholar Sunil Kothari as the guest editor.

Highlighting the integral ties between the patterns of the sculptor and dancer, Dr Vatsyayan relates Bharatanatyam postures with the Chola and Pallava art of the peninsula, Kathak figures with miniature Rajputana paintings and Kathakali with the elaborate masks of Malabar.

Above all, Dr Vatsyayan finds Nature playing a crucial role in shaping the inhabitants of a place and their performance culture. For instance, the undulating and linear movements of Manipuri match the sinuous and waving trees of the valley the Nagas occupy, coexisting with the fierce storms and wild animals. 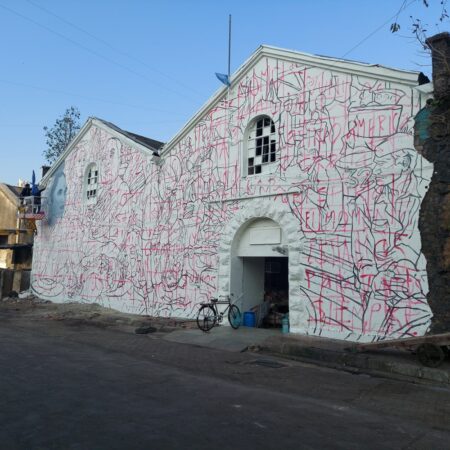 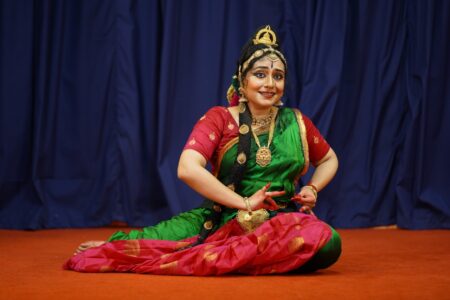 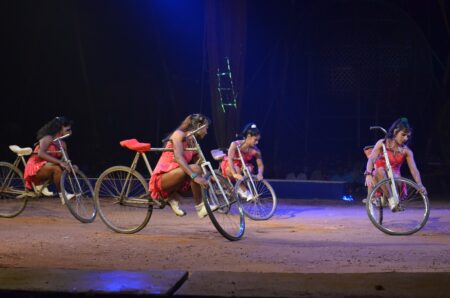 Integration of Theatre and Circus: When Actors Became Jokers 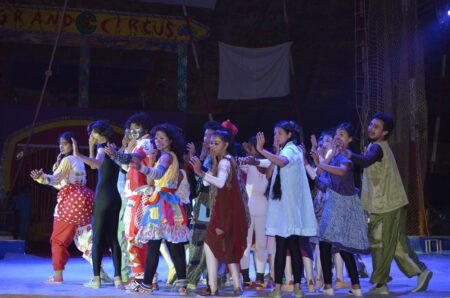 Circus Acts: Audience is the Star of the Show – Part 14

Why audience in the show and the performing art on the stage need to build a connection. 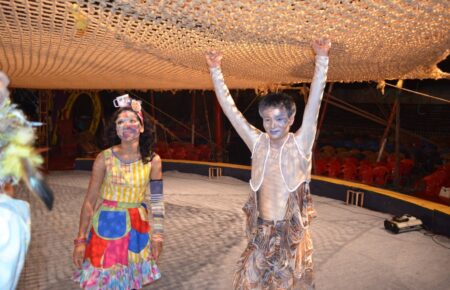 Safety net in the form of liberal insurance cover and safety paraphernalia is crucial to a circus artiste. 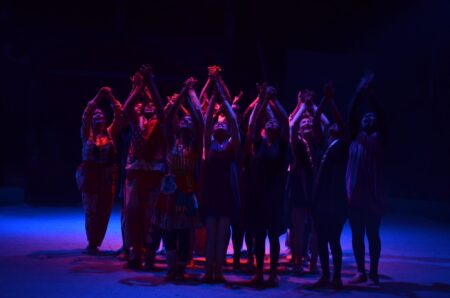 How the combined theatre and circus productions started drawing audiences. 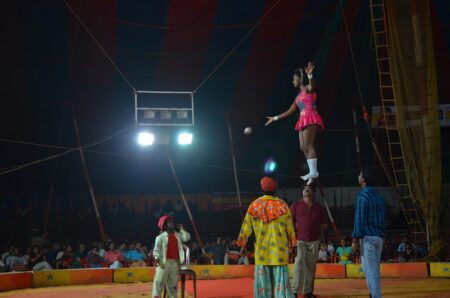 Circus Acts: Addressing the elephant in the Room- 10

The regulatory authorities and the industry are yet to reinvent the circus acts reeling from the wake of disrepute for using child labour and training animals in an unsuitable environment. 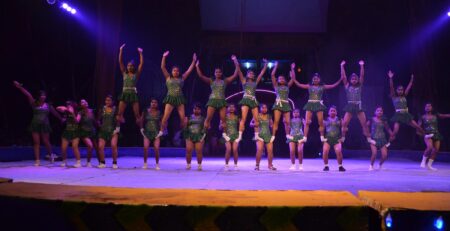 Circus Theatre-Part 9 : Going Beyond the Circus and Theatre Acts

Clowns & Clouds was a pathbreaking show blending circus and theatre. It also helped us pose questions of survival of the art itself 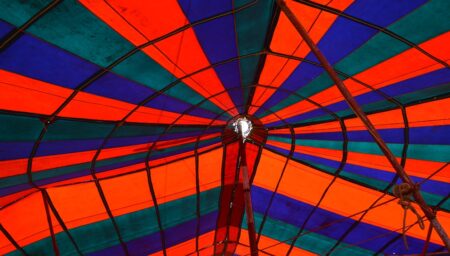 Circus Theatre: A New Performing Art On The Anvil- 6

While theatre enjoyed both a political discussion and social relevance, circus suffered from exploitation and problems of poverty. 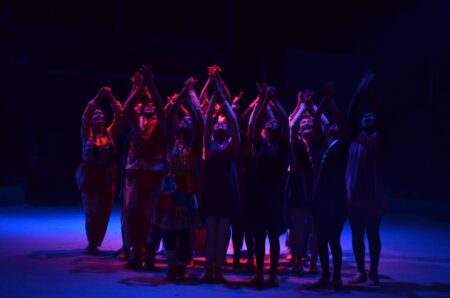 Circus Theatre: A New Performing Art On The Anvil – 5

The collaboration between NSD and Grand Circus came with these footnotes. 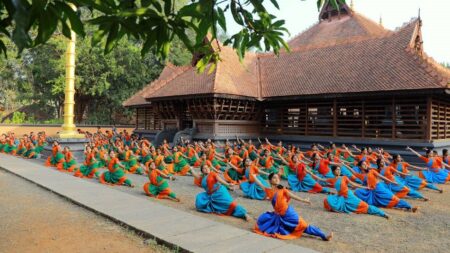 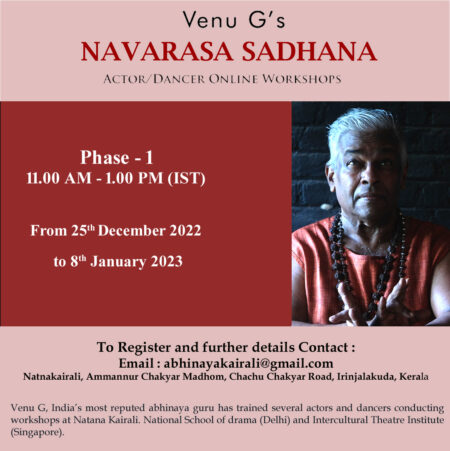 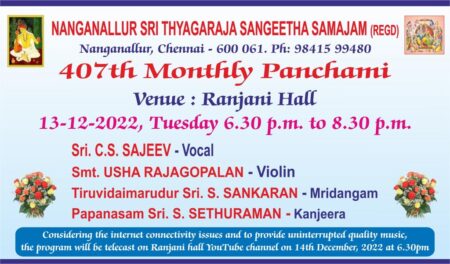 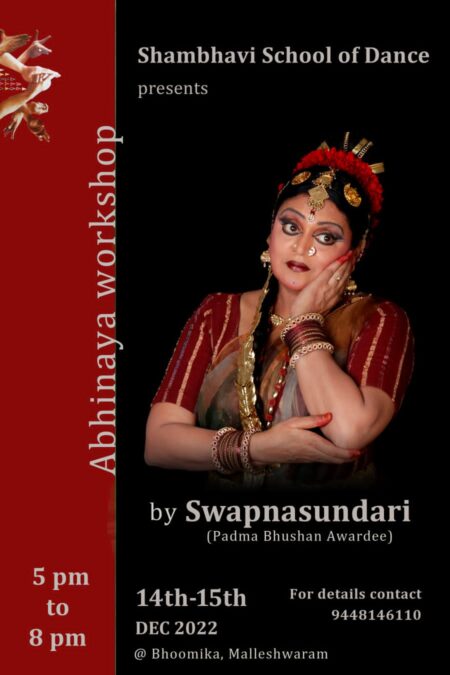 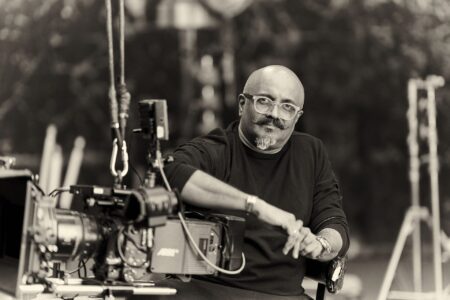 Ace cinematographer Ravi K Chandran has moved the camera for iconic movies such as Kannathil Muthamittal, Dil Chahta Hai and Black talks to India Art Review on his journey into the world of lenses and lights, and offers a philosophical masterclass on the subtle art of cinematography.